The piece refers to the Knack’s first release She Ain’t No Good/Who’ll Be the Next in Line which came out on Decca in 1965. In March ’65, Everybody’s Gonna Be Happy by the Kinks had made a brief appearance in the Fab Forty, with Who’ll Be the Next in Line as its B-side. The Knack did not feature in the Fab Forty till Stop… the band’s third Piccadilly single, was released. However, with climber information incomplete for much of 1965 and early 66, it is possible that previous Knack releases had been on the Big L playlist. This Wimbledon Palais promotion would suggest as much.

The Knack (not to be confused with the American group who had the hit with My Sharona in 1979), were from London and joined the Knees Club at the Radio London Club Afternoon at the Marquee Clubin Wardour Street, on Saturday, April 9th 1966. Band members whose knees were recruited that day were Paul Curtis, gtr, (#185), Brian Morris, gtr, (#187), (Graham) Topper Clay, drms, (#184) and Mick Palmer, bs, (#186).Originally called the Londoners, the band was backing rocker Gene Vincent in 1964. Topper Clay began his musical career in a skiffle group at school. Brian Morris (later Parrish!) had been a member of local band the Titans a prior to joining his first professional band „The Londoners“. The change of name occurred on the boys‘ return to London from a six-month residency at the famous Star Club in Hamburg. They were inspired by Dick Lester’s 1965 ‚Swinging London‘ film, The Knack… And How to Get It
(this review is from the Radio London Knees Club piece. Very 60´s!) 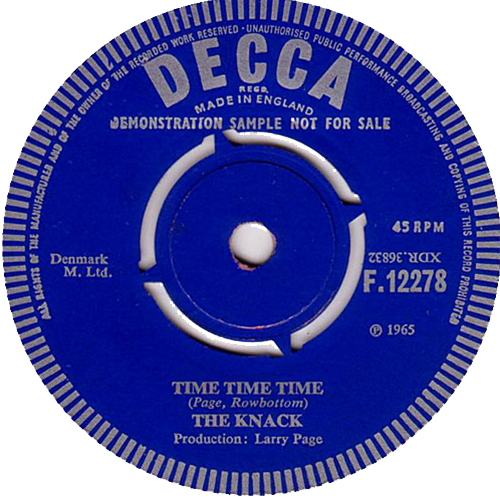 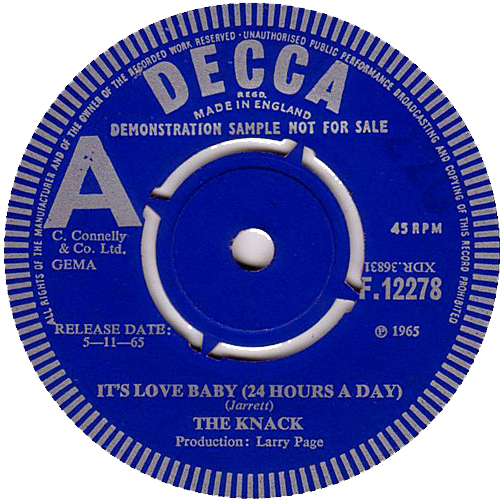